I’ve been on call this week, so I haven’t had a lot of time to write something out. But one thing I noticed relating to on call is the superstition that: acknowledging that there haven’t been a lot of pages will, ironically, cause you to get paged. I’m not sure that there are many people who literally believe that or if it’s just a bit of a running joke in the industry. But why is this belief so widespread?

One thing I’ve enjoyed during my oncall this week was watching the Medlife Crisis youtube channel and particularly learning about how on call works for doctors. One of his videos was about how bias affects medical research 1. While, watching this, I learned of a particular bias called Return to Mean Bias that describes this phenomenon. In fact, he uses basically the same example in his video with his own on call shifts that he works.

Take a look at this visual lovingly designed by my girlfriend: 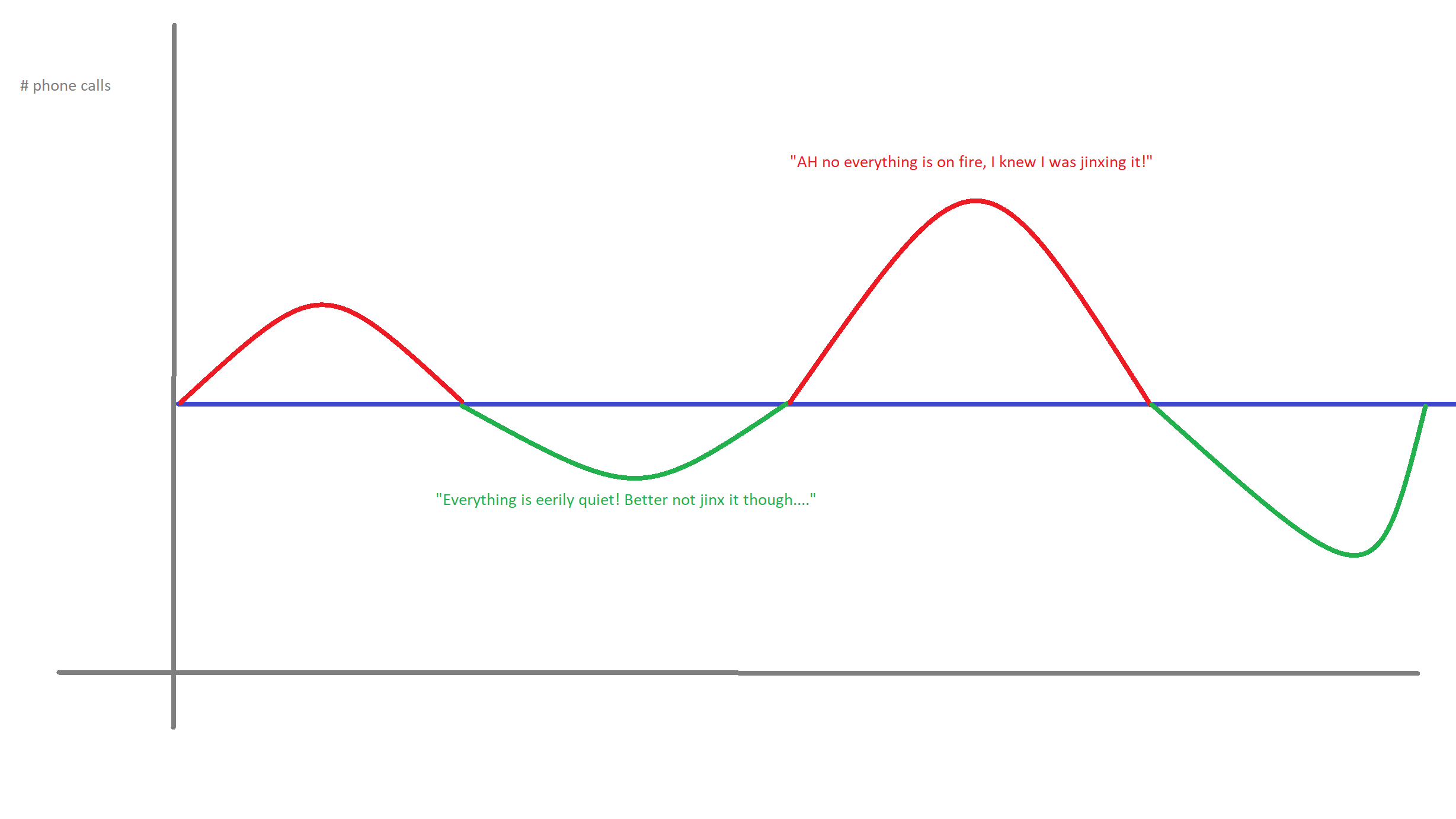 The blue line is the mean number of incidents. When you have a slow period, you’ll be about to ramp up back toward the mean as long as the mean has not changed.

That’s it. It was interesting to learn that this on call superstition is a probability trick. I will hopefully have more interesting content when my shift is over.